Networking is a super important component of marketing for small businesses and definitely needs to form part of your marketing strategy.  It is one of the most effective ways to get the word out there about your business.  Networking can be done online or offline and provides so many benefits to your business as well as to you as a business owner.  Twenty years when I first started my consultancy (it was called Ailsa Page and Associates then) I knew I needed to network.  Back then social media wasn’t available so face to face networking was the main option.  I did network in Melbourne but I just didn’t join a group.

In hindsight, I wish I had joined a networking group earlier than I did – Ailsa Page

I went to networking events as I enjoyed meeting new people, I also keep up contact with colleagues from previous workplaces.  One of the main reasons I started my own business was because I wanted to be my own boss – I like to do things my way in my time.  I was also happy working in isolation.  So the thought of joining a networking group didn’t really cross my mind.  I’m not even sure they existed back then.  If you wanted a networking group you had to organise it on your own.  I did join Chambers of Commerce and other such bodies but they certainly don’t bring the same benefits as a networking group, particularly one that is focused on business referrals.

Luckily through some business colleagues of mine I discovered a local networking group that I am a member of to this day. Westgate Referral Network group.

Here are some of the benefits I have received from being in a networking group.

You don’t feel so alone

The biggest thing that a networking group can do is reduce the feelings of isolation which many business owners experience.  You get to hang out with people doing what you are doing.  They understand what it’s like to run your own business and that can be such a great relief, particularly if many of your friends or family have no idea what it’s like to run a business!  I’ve been amazed at how many people in my networking group have become my really great friends.

Being around people enthusiastic about business helps keep you motivated.  Many of the members of my networking group mention how going to a meeting helps with motivation.  Without a doubt I always leave in a better mood than when I arrived.  I think it’s more than just the great coffee!

There are good times and bad times in business and it’s nice to have others to share the journey with you.  Recently one of our members won a business award and his networking buddies were all there cheering him and celebrating his win with him.

When you develop good business friendships you then have people to bounce your ideas off.  Sharing business challenges such as how to deal with difficult customers or discussing technology with other trusted business owners can be extremely helpful.

Of course one of the key reasons people join networking groups is to get more business and yes this definitely occurs.  It might be through forming joint ventures, getting work from members in the group or through their referrals. I think more than the sales a networking group gives you the opportunity to surround yourself with a team of people who take an interest in your business and that is invaluable.

If you would like to know more about how networking works come along to this Authentic Networking Event I’m presenting at.

Why Are People Not Buying From You?

In this engaging session, I discuss with Nicholas Bolto from Founders key points why people may not be buying from you. This is helpful for people wanting to get more sales. END_OF_DOCUMENT_TOKEN_TO_BE_REPLACED

I spoke on the Les Price podcast and you can listen to this episode all about finding your marketing mojo right here. END_OF_DOCUMENT_TOKEN_TO_BE_REPLACED

The best marketing strategies can be created when you are on holidays so knock off early this year and look after the number 1 in your business. END_OF_DOCUMENT_TOKEN_TO_BE_REPLACED

Everyone knows you need to do marketing, but how do you continue to do your marketing in ... END_OF_DOCUMENT_TOKEN_TO_BE_REPLACED 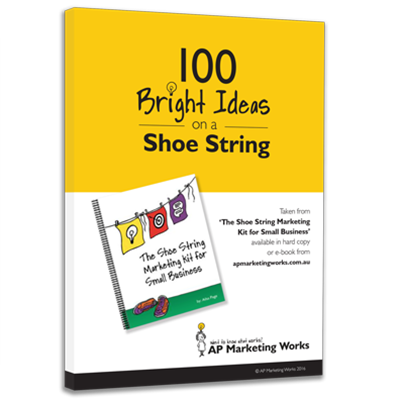